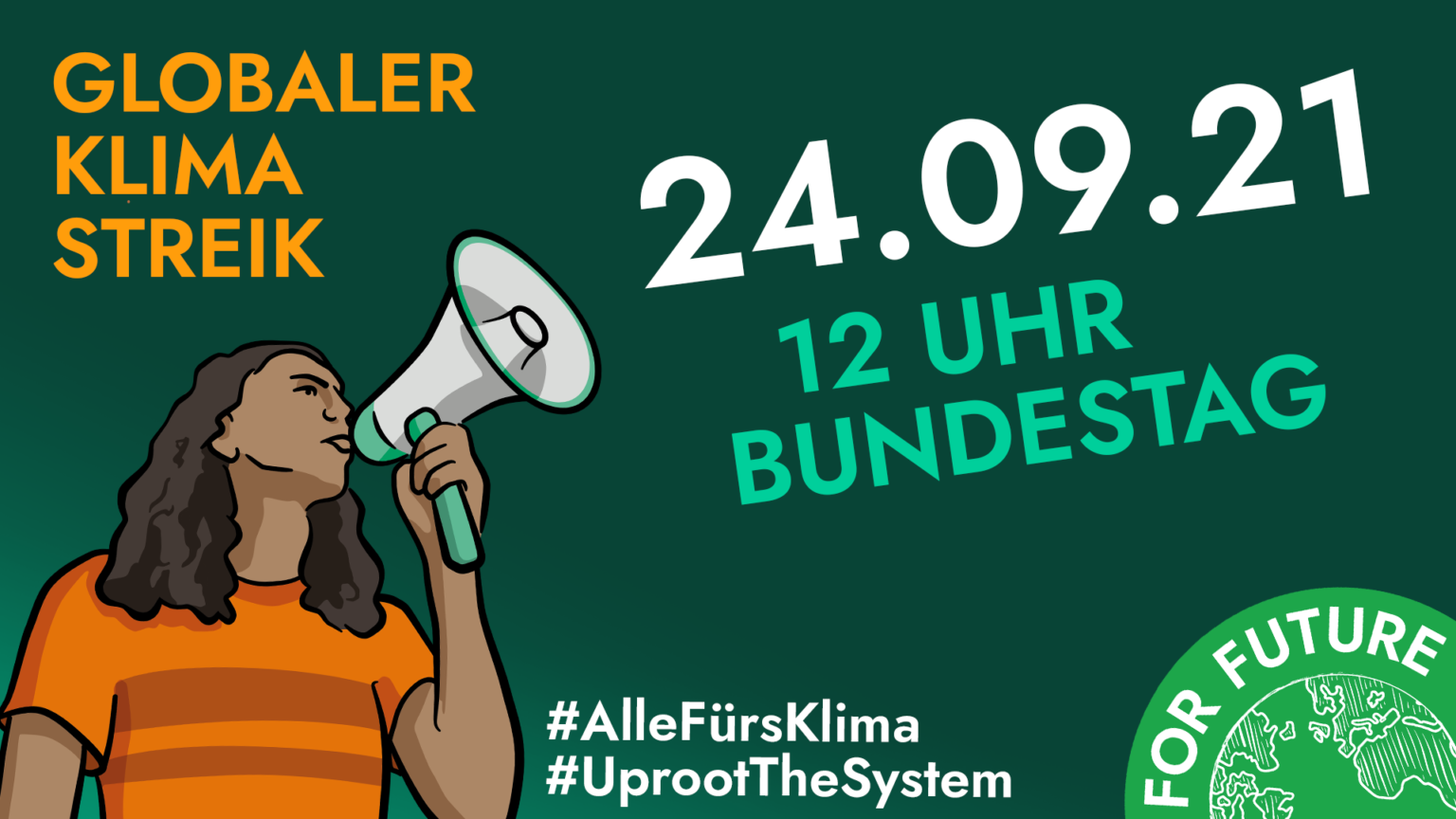 The climate crisis does not exist in a vacuum. Other socio-economic crises such as racism, sexism, ableism, class inequality, and more amplify the climate crisis and vice versa. It is not just a single issue, our different struggles and liberations are connected and tied to each other. We are united in our fight for climate justice, but we must also acknowledge that we do not experience the same problems; nor do we experience them to the same extent.

MAPA (Most Affected Peoples and Areas) are experiencing the worst impacts of the climate crisis and are unable to adapt to it. This is because of the elite of the Global North who have caused the destruction of the lands of MAPA through colonialism, imperialism, systemic injustices, and their wanton greed which ultimately caused the warming of the planet. With both the COVID, climate, and every crisis in history, overexploited countries and marginalized sectors of society are systematically left behind to fend for themselves.

The time to join the masses and follow the lead of the environmental defenders and workers has been long overdue. Reparations to MAPA must be paid for the historic injustices of the richest elite, drastic emission cuts in the Global North, vaccine equity, cancellation of debt, and climate finance are only the beginning of these. Together we will fight for a just future where no one is left behind. The historical victories of collective action have proven the need for the youth to stand united with the multisectoral, intergenerational struggle for a better future for all; a future where people and planet are prioritized.

We’re in the midst of a climate crisis, mass species extinction, a world health pandemic, socio-economic inequality crises, and more. The current system actively strives towards highlighting the voices of the most privileged through a racist and white-savior narrative that portrays people from the Global South as underdeveloped, poor, and voiceless. Industrialized countries of the Global North have been doing this for centuries through colonialism, imperialism, the perpetuation of systemic injustices and their fixation on everlasting growth. However, people from the Global South or the most affected areas are not underdeveloped, poor, or voiceless, but battling with the consequences of colonization and neocolonization while actively being silenced. They are strong, fearless and conscious as they have been fighting and addressing the root cause of these crises for centuries, that is the systems of oppression and injustice created by the richest of the Global North.

The same countries that are most impacted by the climate crisis are also among those most impacted by the COVID-19 pandemic. While the privileged of the Global North have better accessibility to resources to address the pandemic, MAPA (Most Affected Peoples and Areas) has been systematically and systemically deprived of these resources necessary for the resolution of the health crisis. The pandemic, on top of other long-standing political and socio-economic issues, continues to devastate MAPA and makes it difficult for local communities and organizations to mobilize for climate and social justice. Inequitable vaccine distribution is also preventing many from MAPA from participating in important climate decision-making processes such as the COP26 later this year in Glasgow. As such, an integral step in pursuing global and intersectional climate action is to support the call of MAPA communities for equitable vaccine access. This includes, among other things, the suspension of intellectual property restrictions on COVID-19 vaccine technologies as these restrictions effectively limit production to Global North manufacturers and, consequently, limit MAPA access to much-needed vaccines. Other practices such as vaccine hoarding by the Global North must be stopped immediately, with excess vaccines distributed for free to MAPA with no strings attached.

The climate crisis poses a direct threat to human safety. Just last year, in 2020, climate disasters caused 30 million cases of internal displacement. However, under international law climate refugees are still not seen as “refugees”. In the 1951 Refugee Convention, which is a key legal document in terms of refugees rights, climate related reasons are not mentioned whatsoever, which prevents people fleeing their countries due to extreme weather events from seeking asylum in another country. This shows the unpreparedness of the current system, even legally speaking, to the climate emergency we’re facing. Additionally, the climate refugees that we’re seeing today come from regions that are already the most impacted, not only by the climate crisis, but also by the exploitation of Global North countries. Thus, climate refugees had already been facing life-threatening challenges before fleeing their countries. Fighting for climate justice means addressing these issues, and actively striving towards a world in which no one gets left behind, especially those who are the most marginalized by today’s racist system.

Indigenous peoples who have relied on nature and natural resources for centuries are being heavily affected and threatened by climate change and the fossil fuel industry, which steals their land and erases their culture to promote deforestation and destroy the natural world. The climate and biodiversity crisis is leading to the unprecedented extinction of local vegetation and animals, and destroying entire ecosystems. Around 40% of the world’s plant species are currently at risk of extinction due to anthropogenic CO2 emissions, which are mostly the result of the exploitation and burning of fossil fuels. Deforestation is currently responsible for around 10% of global CO2 emissions. To achieve climate justice we must protect the natural world from the greed of companies and governments by making ecocide an international crime. In order to do this, we must stand with indigenous peoples, who protect over 80% of the global biodiversity, and unite in the fight for their rights to land, resources, and life.

The Global North is responsible for around 92% of excess emissions, which makes it the biggest contributor to the climate and environmental crises we’re facing today. Historical exploitation of people and resources in MAPA countries took us to unprecedented global warming, collapse of ecosystems and huge inequality as the most affected people in the most affected areas are already suffering from increasing droughts, floods, landslides, deadly heat waves, hunger, homelessness, diseases, and more.

In addition to that, many Net-Zero paths involve risky side effects for local populations (like land deprivation since a large number of hectares are needed for reforestation) or simply allow companies and governments to pay for „carbon removal“ projects (whose effectiveness has been widely questioned) without actually facing their responsibility with cutting emissions. We need concrete plans and detailed annual carbon budgets with roadmaps and milestones, not the vague Net Zero plans world leaders have been throwing around.

Latest studies have shown that the richest 1% emit more than double of the 50% most economically marginalized. If we are to avoid the worst impacts of the climate and environmental crises, we must drastically cut our emissions, which means divesting from fossil fuels and putting an end to their extraction, burning, and use, especially in the Global North.

An integral step to addressing the climate crisis is the reimagination of financial flows around the world. Any discussion of climate finance starts with the Global North recognizing its debt to MAPA, which comes from both the ongoing impacts brought about by the climate crisis, as well as the historical and current systemic plunder of MAPA countries. It is not enough for Global North industries to finance “green” offsets to achieve their net-zero targets; their climate debt to MAPA should be repaid through reparations and obligatory support towards mitigation and adaptation initiatives defined and led by frontline communities. Additionally, the worst polluters (mainly from the Global North) must be taxed, and cash flows from governments and financial institutions to the fossil fuel industry must be rechanneled towards a green and just transition.

Reparations were initially demanded by the racial justice movement, and therefore one cannot exist without the other. Climate reparations imply that those with greater responsibility for the climate crisis must pay compensation to MAPA for the damages and losses of livelihoods, infrastructure, and communities’ lives caused by the impacts of climate change. Focusing on adaptation funds and letting MAPA decide how the reparations will be used, which starts with canceling debt of MAPA countries, is the bare minimum that Global North countries must do in order to pay their debt for the damage and trauma caused in Global South countries.

We cannot allow the world to continue to ignore the social impacts of the climate crisis, because all social inequalities are exacerbated when climate and environmental conditions impact local communities, mostly hitting already marginalized communities such as BIPOC, LGBTQ+ and ethnic minorities.

We must unite, follow the lead of defenders and workers, amplify MAPA voices, and demand more ambitious action from Global North representatives. Together we will fight for a just future where no one is left behind, because our liberations are tied together. The historical victories of collective action have proven the need for the youth to stand united with the multisectoral, intergenerational struggle for a better future for all; a future where people and the planet are prioritized over profit.

ON SEPTEMBER 24, WE WILL STRIKE TO DEMAND FOR INTERSECTIONAL CLIMATE JUSTICE! JOIN US!
#UprootTheSystem
www.fridaysforfuture.org/september24/